Style in Film: Robert Redford in Three Days of the Condor 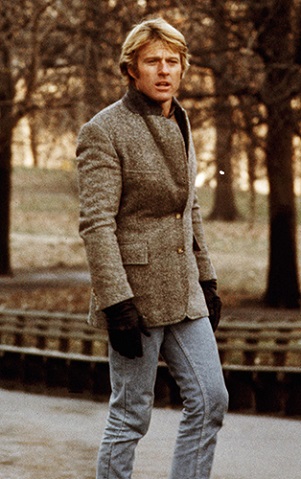 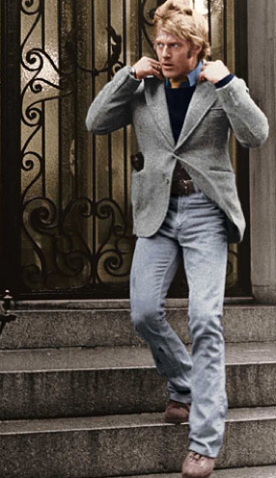 A popped collar on a grey herringbone blazer, a layered effect made from a combination of crew neck sweater, chambray shirt and tie paired with blue jeans, the ease of this look has an appeal that has spun decades.


Robert Redford plays CIA agent on the run Joseph Turner in one of Sydney Pollack’s best political thrillers, Three Days of the Condor

, set in 1974 New York. It’s one of the films men take their sartorial cues from, because the heroes in the movies have always provided the most influential looks in modern menswear. And Robert Redford’s simple, preppy, all American clothes are worth taking inspiration from. It may be a 70’s film, but besides the wide, tweedy tie, reminding me of Ralph Lauren’s beginnings in fashion (he called his ties Polo “because it was a sport that had a sensibility that was sporty and international” – it was a new direction that really changed the way men were dressing) and wide shirt collar, the clothes don’t look dated at all. In fact, Robert Redford looks a heck of a lot better than a lot of the men you see on the street today. 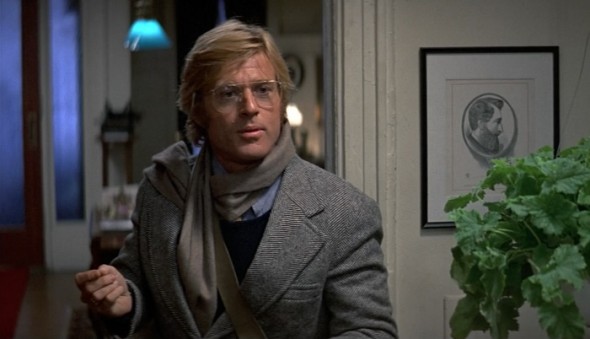 The scarf makes the layered outfit look just as good when the collar is not turned up.

There are two looks Redford is sporting in the film (Joseph G. Aulisi was the costume designer) and they both exemplify New England campus attire. The kind of looks men can wear year in and year out, without giving the slightest importance to what is the latest this or that. There is a quiet in-ness about this style, which is as fresh and relevant as ever. Utilitarian, pared-down, confident, traditional, yet exuding modernity. The first one is described above, the second one has the blazer switched with the pea coat – smart though it may be with its sturdy construction and anchor buttons, this item is also ideal for fending off the bitter cold due to its closely woven texture. And I love the choice of hiking boots as footwear – for one, they make a very individual statement, and secondly, I like when men are not shy of wearing boots in the cold, because men shouldn’t give up comfort and their natural sense of style for fashion.

These are all elements that satisfy the Ivy League style and which in some form or another will always find their place in a timeless menswear wardrobe. 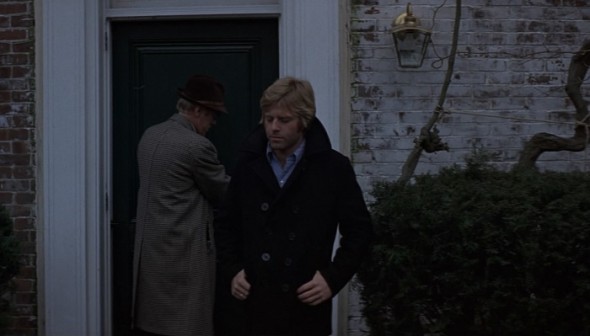 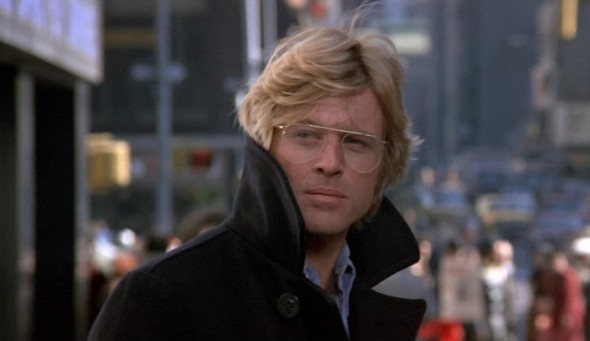 The popped collar may today or on the wrong person seem forced, overdone and too self-assured, but it serves a purpose here, just as in the case of the up-turned blazer collar, and it’s when it is this seemingly unstudied that it becomes a detail of style.

photos: 1-2: publicity stills / 3-6: movie stills captured by me from this Blu-ray edition

4 Responses to Style in Film: Robert Redford in Three Days of the Condor