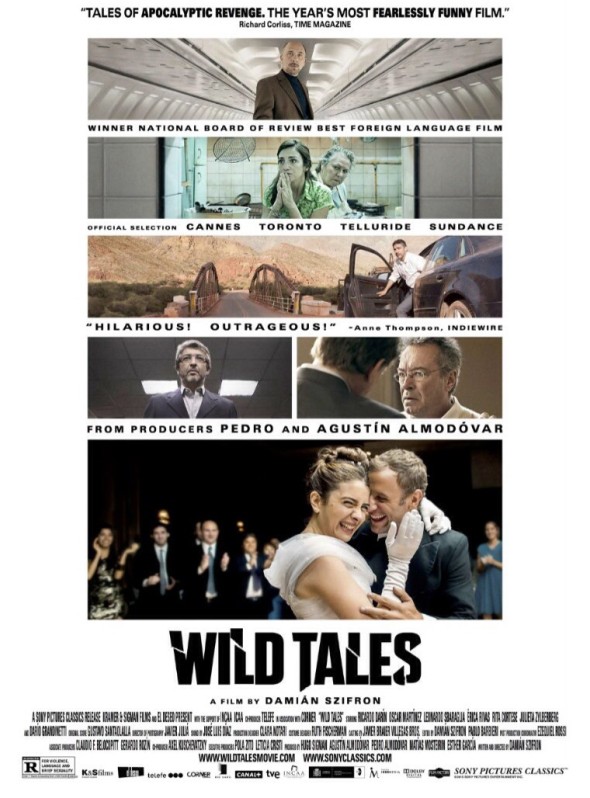 Had I seen Wild Tales (Relatos salvajes, Argentina) sooner, I would have probably had a much more difficult task to choose my favourite foreign language film of last year. I still believe Ida is an amazing film, but the present day plot in Wild Tales, directed by Damián Szifron and produced by Pedro and Agustín Almodóvar, and the dark humor of this brilliant social satire weigh in in the favourite of the latter. An anthology made up of six standalone savagely comic stories united by a theme of vengeance. Rarely, hardly ever, have I seen an anthology film that remains equally sound throughout its different stories, but this one does. A savage assault on contemporary Argentine society, each segment showcases a perfectly performed, wildly comic and equally tragic tale derived from daily frustrations any of us can relate to, that eventually build to a primal desire to act out: “One day we can all lose control.”