Jean Negulesco’s Under My Skin is yet another moral story following the double-crossing jockey Dan Butler’s try to make an honest living and leave the past behind. The screenplay is based on Ernest Hemingway’s short story “My Old Man”. The European capital, Paris, used as the backdrop of the movie, plays an important role in creating a sort of ambiance that denotes mystery and suspense. Dan Butler (John Garfield) tries to redeem himself by showing his son he has become a man of honour. The ruthless gambler Louis Bork (Luther Adler) has been cheated by Butler and seems to be a living proof that evil catches up with him. On the human side, our main male character is driven by his love for his son and the horses. Another balance to the state of tension is given by Dan’s girlfriend, a nightclub singer (Micheline Presle). All in all, a good study of human decadence, greed and human aspiration to a better condition. 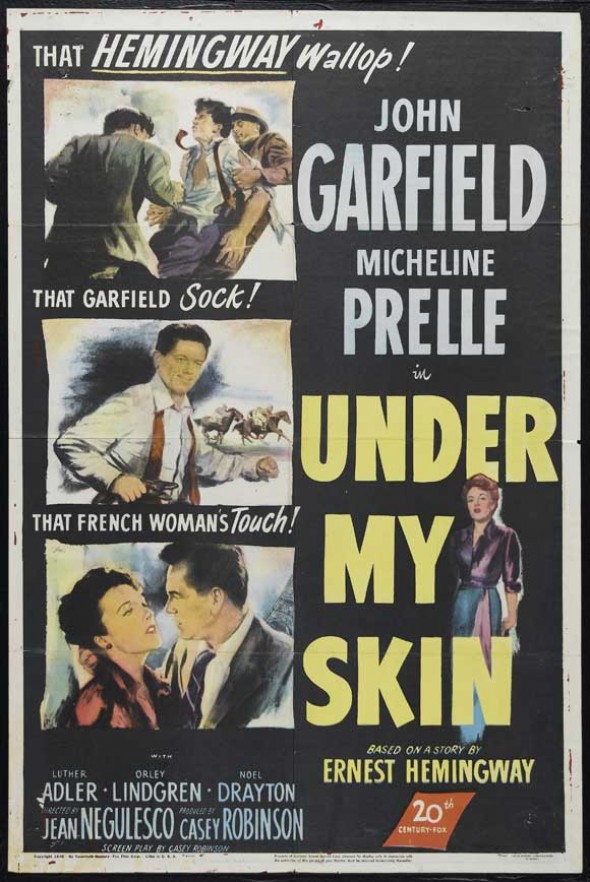