Musicals must be my least favourite movies. I rarely watch them and I rarely, hardly ever, like them (Singing in the Rain is among the very, very few I enjoyed). Funny Face

is not among them, although I do acknowledge its importance in fashion. The plot seems ridiculous, but the film is smarter than it first appears to be, a Pygmalion story in the form of a parody about the fashion world. Audrey Hepburn’s clothes, the ones her character, Jo Stockton, is wearing in Paris for the photo shoots, were designed by Hubert de Givenchy, and watching the film was like taking a trip through the fashion history of that time. Not only that, but Fred Astaire and Kay Thompson (who is great in her role), playing fashion photographer Dick Avery and fashion editor Maggie Prescott, respectively, are clearly a hint to Richard Avedon and Diana Vreeland, two of the most important figures in fashion history. The photos for the title sequence were produced by Avedon himself and many of the pictures Dick Avery takes in Paris remind of the famous photographer’s work, so watching the film did very much seem like flipping through a 50s fashion magazine, one directed by Diana Vreeland herself.

But there is another style that has become a fashion statement in Funny Face that I would also like to talk about. The beatnik style, one of the elements that characterised the new youth culture movement which emerged in America and Europe during the 1950s. In the United States, the Beat Generation – writers (Jack Kerouac was one of them) and artists and their acolytes – thrived in New York in the Greenwich Village bars and coffee-houses, while in Paris they gathered in the cafés of St-Germain-des-Prés. Their uniform, an innovative style at the time, was head-to-toe black (today it seems incredible that this had to be invented), described as a combination of “French bohemian, English intellectual and US hobo”. Journalist Lee Gibb said: “They have replaced the American haircut with the French haircut. They have replaced high heels by low heels, low heels by no heels and no heels by bare feet.” They wore polo necks and jeans, duffel coats and dark glasses.

It’s this style that Audrey Hepburn first immortalises on screen in Funny Face. She is introduced to us as a bookshop clerk and amateur philosopher, working in a book store in Greenwich Village, and, when in Paris, she is more interested in meeting philosopher Emile Flostre than in the fashion, walking the French capital’s streets in all-black and a beige trench coat on top, its design resembling a duffel coat. 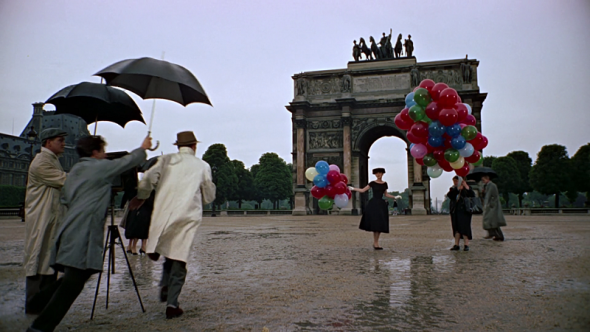 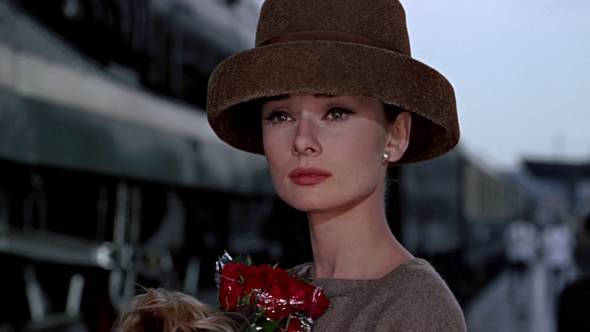 Eight years before this movie, Avedon had shot Dorian Leigh looking nostalgic on a train for Harper’s Bazaar. The magazine’s editor, Carmel Snow, was not impressed, telling him that “Nobody cries in a Dior hat, Dick”. 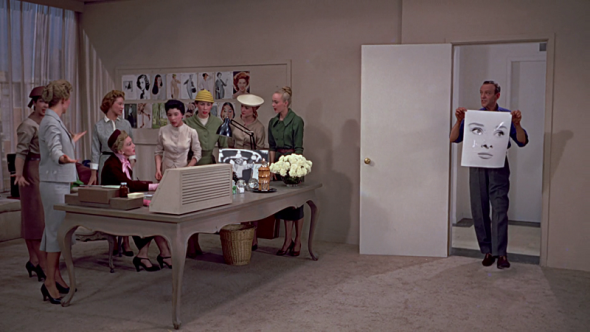 The overexposed close-up of Audrey’s face is Richard Avedon’s. 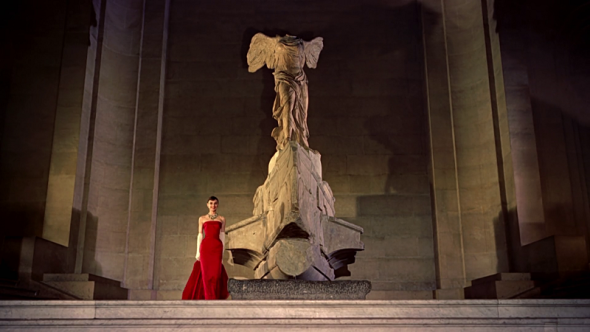 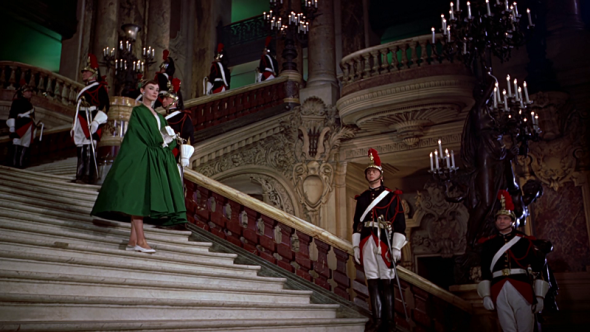 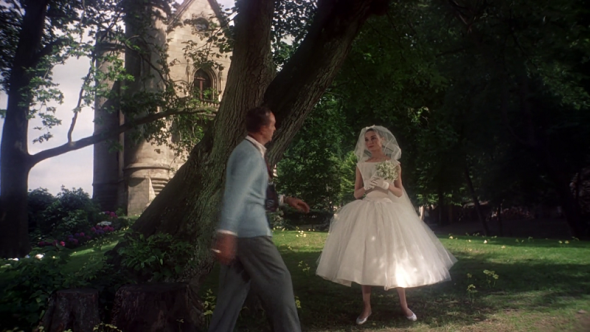 Diana Vreeland, however, was not pleased with the interpretation of herself, reportedly saying about the film “never to be discussed”, after she attended a preview with her staff. I am sure that no one, actress or fashion editor, can measure up to her personality (Vreeland was unique), but imperious Maggie Prescott, with her inventiveness for language, abounding energy, and her eye for quirky looking girls she transforms into successful models, does recall Vreeland. Carmel Snow, the editor-in-chief of Harper’s from 1934 to 1958, on the other hand, was thrilled with the publicity Funny Face generated for Harper’s Bazaar.

There isn’t really much else I can say about Audrey Hepburn’s relationship with Givenchy than I already have in my previous articles (covering Breakfast at Tiffany’s, Sabrina and How to Steal a Million). “When I first went to Hubert”, Audrey would say, “I was still in home-made dresses.” Of the collaboration of Givenchy, who designed Hepburn’s clothes especially for the script, director Stanley Donan  said: “His design, his thought centered and focused on her [Audrey’s] physical being. It’s like a great composer when he writes for a great artist. She was the physical expression of what Givenchy did.” The rest of the wardrobes, including that of Kay Thompson, were designed by Edith Head. She played her usual safe design game, dressing the editor in two-pieces suits and a blouse or shirt, but I love that she went for a trousers look as well (see top image below, Kay is to the left). 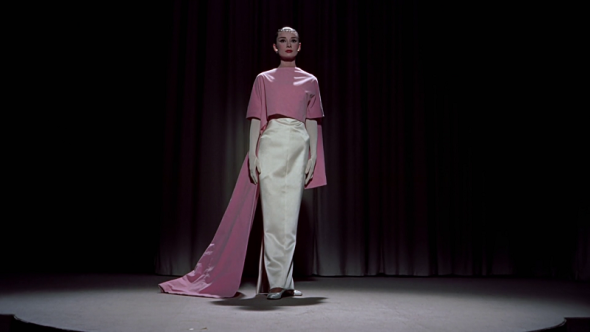 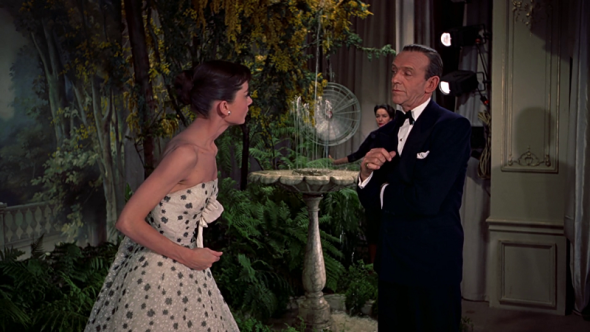 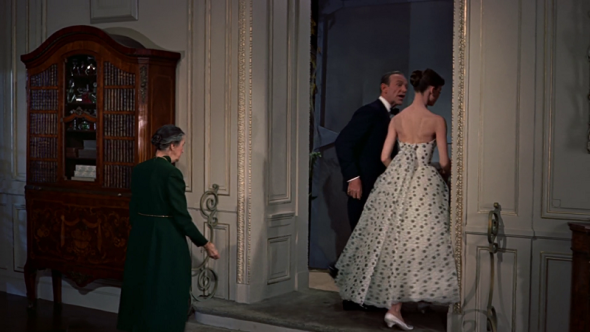 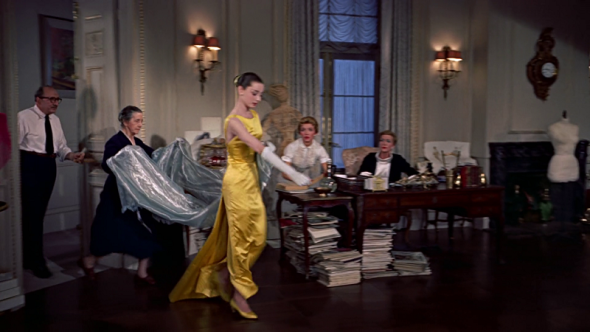 This dress reminds me that my favourite Red Carpet dresses at this year’s Gold Globes were yellow. 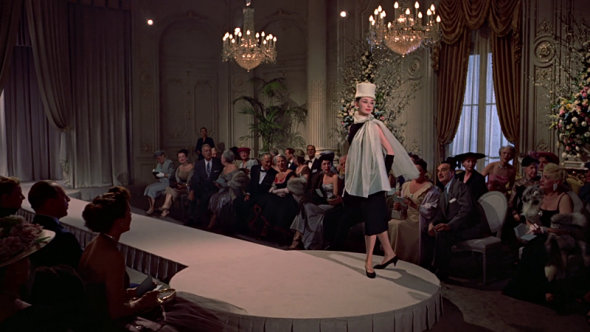 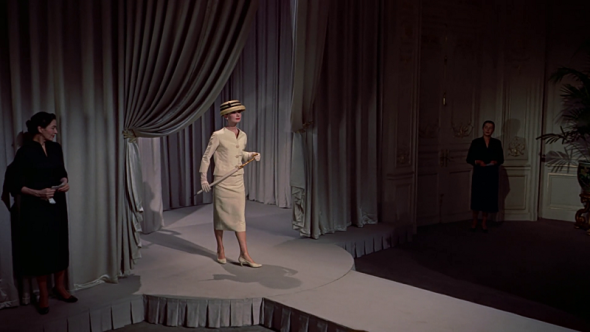 sources: Diana Vreeland: The Eye Has to Travel

, by Jay Jorgensen / Fifty Fashion Looks that Changed the 1950s

This entry was posted in Film costume . Bookmark the permalink.

3 Responses to Style in Film: Audrey Hepburn in Funny Face