Here are my latest finds and news from fashion, style, film, photography and beautiful living. 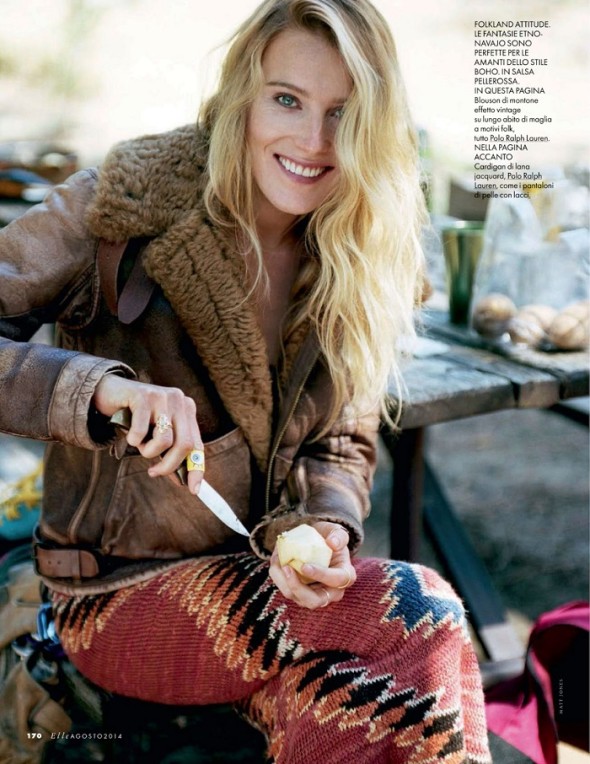 Interviews with Ralph Lauren don’t happen as often as I’d like, so this one is one to read. He talks about a life in fashion, the secrets of lasting style, hard work and perseverance. The designer launched his new Polo Ralph Lauren for women line at the beginning of this year, because, he says, “there are lots of things that young women love in the men’s line”. Exactly. The photo above is of Dree Hemingway wearing Polo Ralph Lauren Fall 2014, an editorial shot appeared in the August issue of Elle Italia. To me, Dree seems perfect to impersonate the Polo woman, as stated in the second quote below.

(1994). I was so impressed by how this movie reminded me of Yasujirō Ozu’s films: the relationship between generations within a family, as well as the tensions between tradition and modernity, between West and East, which are so interesting to watch and to reflect upon. I particularly liked Sihung Lung’s character, a senior chef and widower with three unmarried daughters living at home.

• Jean Paul Gaultier stops making ready-to-wear. In his open letter to WWD, Gaultier explains that “commercial constraints and the frantic rhythm of collection leave no liberty, no more than the time necessary to find ideas and to innovate”. Maybe more designers should speak up, because this is the reality in the fashion industry today.

• The exhibition Horst: Photographer of Style, celebrating the fashion photography of Horst P. Horst, is at the V&A Museum from September 6th to January 4th, 2015.

• An in-depth talk with Gucci’s Frida Giannini. “I wanted to find the best suppliers and partners to do things the right way, because most of the brands are producing in countries that are problematic. In China or Southeast Asia, you never know if kids themselves will be creating the kid’s line. This is something I said I absolutely did not want to do. Everything had to be made in Italy and under the control of the company.”

• Have you watched 73 questions with Anna Wintour?

• A Kitchen in France: A Year of Cooking in My Farmhouse sounds like a good book for autumn, no?

This entry was posted in Notebook pages, Sounds & Tracks . Bookmark the permalink.